Note from the founder…

In April of 2014, having just retired from a diversified business career, I re-engaged a long-fermenting writing exercise that has morphed into this endeavor, On Just Being. 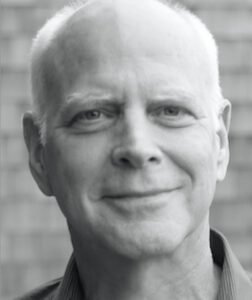 My 47-year professional career was rich in challenging engagements with a wide variety of interesting projects (synopsized below). But my income-producing work has never been my life’s calling, at least not after the age of 23 when a single-minded pursuit became the driving force in my life and is now the central theme of this work.

I have come to designate this preoccupation as the quest for self-knowledge, in the spirit of the ancient Delphic maxim to “know thyself.” I have not taken up this pursuit as a philosopher or theologian, nor as a psychologist, scientist, mystic or scholar, but simply as a highly inquisitive, keenly interested person intently observing and studying the life stirring within and swirling around me. So while I make no claim to being ‘properly credentialed’ I likewise offer no apologies for answering the call to “know thyself” from my standing as a fellow traveller born into a mysterious existence that each of us struggles in our own way to make sense of from our moment of birth.

I will be adding personal information as this work develops, relating experiences that have made important contributions to my understanding of life.

A brief recap of my continually evolving journey.…

I was born and raised in the San Francisco Bay Area and have resided in California most of my life, living in many different areas throughout the Golden State. The exceptions are three less-than-a-year residencies in New York City, Hawaii and Costa Rica, plus a fair amount of domestic and international travel.

As stated, my ardent pursuit of personal/psychological/spiritual/consciousness development has been conducted largely independent of my day job. However, my deeper passion emerged into the foreground of my work life a handful of times in my 30s:

These efforts notwithstanding, I have mostly carried on my personal quest behind the scenes in the deeper currents of my psyche as I conducted my career and lived a robust and kaleidoscopic personal life of relationships, family and friendships.

Key engagements from my professional career include:

A plethora of other stops populated the pathways of my career as well. I feel fortunate to have played key roles in a wide variety of ventures and to have worked with talented, dedicated people from many backgrounds and cultures.

My business career contributed to my quest for self-knowledge in important ways. First, this is true of any and all life events, as each and every experience can be a learning vehicle and testing ground for growth if one is so directed.

In the expandable section below, I offer some additional insights about how professional writing has contributed to my personal communications effort. And I briefly expound on how writing infused my process of seeking wisdom by observing and participating in the endlessly fascinating adventure of life.

Business writing is often regarded as rather pedestrian in comparison to ‘real writing’ like novels, poetry or journalism. And perhaps it is. But it is nonetheless exacting and demanding, with the dual curse/blessing of clients to please, deadlines to meet, and results to be measured by. Perhaps most useful, as it relates to developing a writer’s skills, brevity and clarity are highly prized, even essential.

Also of great value, I was often tasked with writing about products, services, technologies and industries that were initially unfamiliar to me, and frequently highly technical or otherwise complex. Gaining expertise in understanding, synthesizing and then effectively communicating difficult concepts and subjects proved to be of great benefit to both conducting and writing about my personal quest.

My pursuit of self-knowledge and writing about the journey have always been deeply intertwined. Innumerable times I would sit for hours at a keyboard or with a notepad, typically late at night, digesting and contemplating my experiences and explorations, thoughts and questions, discoveries and insights, and document the process in voluminous notes and writing fragments. When so moved I would strive to connect and weave these snippets of thought and language into wider perspectives and cohesive narratives, seeking interlinking patterns and a deeper understanding.

My impulse has always been to integrate what I was learning, to continually distill material – subjects and perspectives that may have initially seemed complex, contradictory or murky – into an increasingly ‘simple knowing.’ The holy grail of simplicity has been the lodestar of my quest.

This contemplative writing process has been the crucible of my quest for self-knowledge for five decades. I estimate that over that span I have devoted twenty to thirty thousand hours to this activity.

Many of my noteworthy experiences over a long life have been joyous, others painful, a few deeply tragic. Some of these stories will be told as this work progresses. All in all I consider myself extremely fortunate in life’s lottery. And virtually all my experiences – euphoric, ordinary and distressing alike – have enriched my ongoing quest for self-knowledge.